Out with the old, in with the new : wedding ads – Matrix Bricks Infotech

Out with the old, in with the new : wedding ads

It is the second month of the cold season, which means the Wedding Season is officially on. As we prepare ourselves for the influx of invites, and e-vites, we must also brace ourselves for the onslaught of seasonal TVCs that tugs a little too abysmally at our heartstrings and feel like the repackaged versions of each other.

We are, of course, talking about the overshot Varmala-wearing scene, the novelty-less coy glances between the couple and the predictably teary-eyed parents. While these are the ubiquitous elements of a desi wedding, the viewer (and the marketeer) in us is tired. Big time.

Because yeh dil doesn’t maange more, but it maange different— with the storyline.

And while one may counterpoint that there are only so many angles that can be covered when it comes to selling wedding-related products, there are brands that beg to differ

Have a look at how Tanishq cracked the brief:

The ad is fun, quirky and relatable at the same time.

Using a doting Dadi to convey that variety is the spice when it comes to wedding jewellery and that they, Tanishq, can cater to this want, works on so many levels, and so beautifully.

There’s the emotional connect, there’s the persuasion and there’s the product plug— all of which takes place in a rather believable set-up. This might as well just have been a conversation showing a family dynamic, were the story not ended with the Jewellery brand’s pitch. And that is sixer, right there.

Wanting to dress up and look good at a wedding is such a universal emotion, be it for a bride or her friends! Simaya managed to build on this angle rather well with a quirky ad that makes you want to evaluate your own wedding attire and look good for the pictures.

But we find ourselves coming to Tanishq once more, have a look:

Tanishq is the one brand that seems to have the wedding season brief on lock.

Never had we seen so many stereotypes getting broken in a time of just a minute and a half. Indian ads, Indian wedding ads at that,  normally do not feature

This is one commendable piece of work, which is multiple breaking barriers at once.

But that’s not all. There’s another layer of nuanced writing in the storyline that’s established by centring the story solely around the bride and the groom, not their relatives. A refreshing break, we think.

And you know what’s even more refreshing?

When the focus shifts beyond the event of the wedding, into the marriage. Have a look at how Tanishq(again) manages to deliver:

There is not an iota of the overmilked emotions we normally see in a wedding TVC such as nostalgia, legacy etc. No, the storyline entirely focuses on the realistic part of getting married to someone, i.e. the marriage itself.

In the series, Tanishq covers some hard-hitting topics such as discussing finances after marriage, taking care of the girl’s family, the option of adoption, mental health etc.

It prods us, in a gentle way, to think about all the conversations we would like to have with our SO before we put a ring on it, and that’s supremely thoughtful of a jewellery maker.

We would like to wrap up the blog by stating that as repetitive as weddings are, there are many, many facets to the event that can be covered instead of run-of-the-mill sappy TVCs. The ads above have just proven this, and we hope to stumble across such gems more often.

In the interim, we are going to put on our ethnic best and show up for desi soirees as we click the night away at Indian weddings. And if you find us brainstorming in a nook furiously, do not disturb us, for we just might be cooking up a wedding ad. 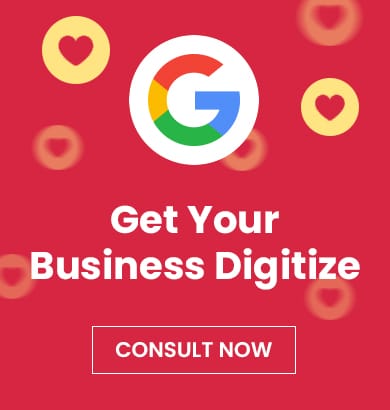